We are a religious community of friars inspired by St Francis of Assisi. As Franciscans, we live and work with those who are in need of help … the poor, the disenfranchised, the needy. We serve God through the work we do...in the communities we serve.

St. Francis of Assisi created a community of equality whose mission was to proclaim that the Good News is available to all people, especially those shunned by society.  Nearly 800 years later, the Capuchins continue to build on this Franciscan tradition through prayer, contemplation, preaching, and caring for the needy.  Today we preach, teach, cook, and counsel.  We minister in hospitals, schools, soup kitchens, parishes, and in the mission fields.  We are pastors, artists, missionaries, farmers, mechanics, and writers. 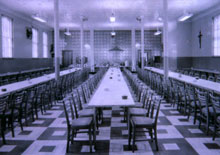 The Capuchin Franciscan Province of St. Joseph began its Detroit ministry on Mt. Elliott Street in 1883 and developed a religious mission to live and work among the poor. The friars were part of the Order of Friars Minor Capuchin, a worldwide men's Catholic religious order based in Rome. The Capuchins are spiritual advisers and confessors who made their home in Detroit on the east side in a newly-platted former farmland known as Russell's Grove and today known as Islandview. It was common to see the friars traveling on foot, via horse and buggy or even occasionally on the new electric streetcars and interurban trains. The friars and partners in ministry would reach out to parishioners as far away as Roseville - a trip that was then a whole day's journey. 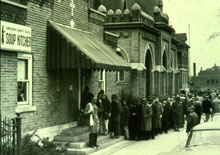 Within a few years, the Capuchins built the stately St. Bonaventure Monastery on Mt. Elliott - purposely locating in a neighborhood where street people were known to congregate. Soon word spread that the Capuchins would help those in need, providing spiritual counseling as well as a sandwich. In 1924, Solanus Casey, a simple man - a simple priest - arrived at the monastery and forever expanded its focus.

The Soup Kitchen got its official start during the Great Depression of 1929, a period of devastating national poverty that caused the poor of this Detroit community to knock on the monastery's back door asking for bread. "They are hungry; get them some soup and sandwiches," Fr. Solanus was known to say to the friars. In time the lines grew to more than 2,000 people waiting for their single meal of the day. The friars knew they had to do more.

In response to the time's overwhelming social needs, the friars turned to the men and women of the Secular Franciscans and joined together with them to collect food from farms, make soup, bake bread and serve meals in the hall next to the monastery. From these beginnings grew the Capuchin Soup Kitchen of today. 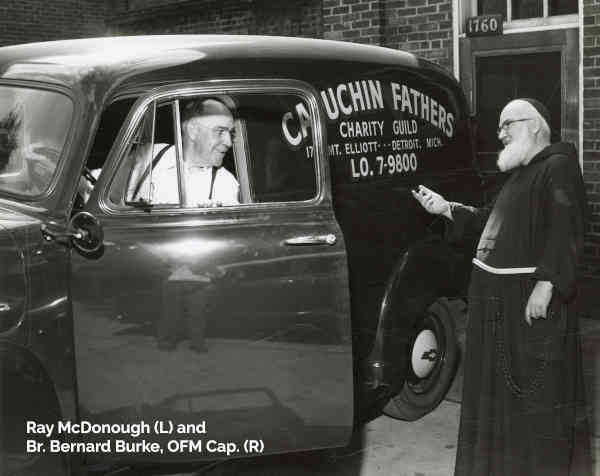 Who is the Founder? Most would say Bl. Solanus. Yet, Br. Francis Spruck worked with Bl. Solanus passing out sandwiches to men who came to the Monastery door. When the number of men seeking food from the friars overwhelmed them, they went to Fr. Ulrich Danner, the Guardian of the Monastery and asked for help. Fr. Ulrich asked Fr. Herman Buss to do something. Fr. Herman and lay members of the Third Order of St. Francis then organized Soup Kitchen. 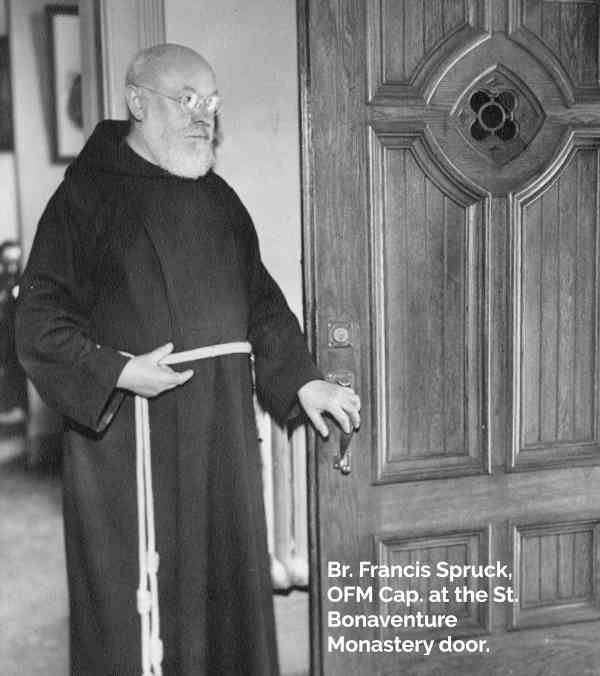 What about Ray McDonough? From the beginning he would be instrumental in the Soup Kitchen’s operation. Ray begged and gathered donations. He organized the work of the kitchen and would keep at it for thirty years.

So, who is the Founder of the Capuchin Soup Kitchen? Bl. Solanus, Br. Francis, Fr. Ulrich, Fr. Herman, the leaders of the Third Order or Ray McDonough? They all contributed to our founding. Their vision and spirit have endured. Today, the friars, staff, donors and volunteers continue to serve those who come to our door.