The Beginnings of the Capuchin Soup Kitchen’s Jefferson House 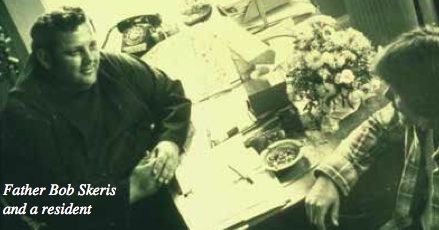 “From the beginning, Fr. Bob Skeris has been full-time Director of the house, which is situated on East Jefferson, in Detroit’s historic Indian Village, a mile and a half away from the Community Center (present Meldrum meal site). The large, handsome old building which houses the program has had an interesting history of occupancy. Before the halfway house, it served as a nursing home, a boarding house for Wayne State students, and the residence of Detroit’s Hare Krisha sect, who used the large room upstairs as their temple. Much of the extensive repair work inside the house was done by Fr. Bob and the first residents, who began arriving in June 1976.”

Read more about Capuchin Soup Kitchen in our recent newsletter.